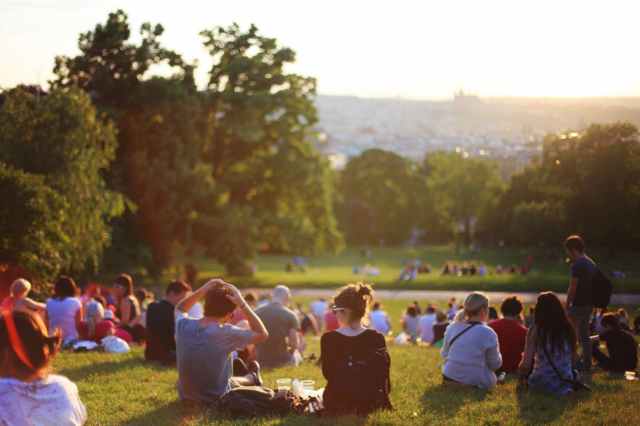 Photo by Leah Kelley on Pexels.com

Acts 10:34 Peter began to speak: “Now I truly understand that God doesn’t show favoritism,
Acts 10:35 but in every nation the person who fears him and does what is right is acceptable to him.
Acts 10:36 He sent the message to the Israelites, proclaiming the good news of peace through Jesus Christ – he is Lord of all.
Acts 10:37 You know the events that took place throughout all Judea, beginning from Galilee after the baptism that John preached:
Acts 10:38 how God anointed Jesus of Nazareth with the Sacred Breath and with power, and how he went about doing good and healing all who were under the tyranny of the devil, because God was with him.
Acts 10:39 We ourselves are testifiers of everything he did in both the Judean country and in Jerusalem, and yet they took him out by hanging him on a tree.
Acts 10:40 God raised this man up on the third day and caused him to be seen,
Acts 10:41 not by all the people, but by us whom God appointed as testifiers, who ate and drank with him after he got up from the dead.
Acts 10:42 He directed us to preach to the people and to testify that he is the one appointed by God to be the judge of the living and the dead.
Acts 10:43 All the prophets testify about him that through his name everyone who believes in him receives forgiveness of failures.”

Did Peter truly understand? His particularism had been dealt a blow by the vision he had just seen. But he would have problems in the future because he had been conditioned all his life to think that God only wants to save a certain nation, and condemns the rest.

Do we understand what the Holy Spirit is saying here? Some think that this passage argues for some kind of universal salvation. They see the words about God not showing favoritism, and all the “alls” and “everys” in this passage, and assume that eventually everyone everywhere will be spared. But notice the conditions that accompany the alls and everys:

What Peter understood was that God opens his heart to all of us sinners, in every land. He sent his Son to save us all. But if any of us dare to ignore that grace, then we must pay for own failures, and the cost for that ignorance is permanent death.

Lord, thank you for offering your grace to everyone.

God has opened the door to you; will you open your heart to him? (video)

Jefferson Vann is pastor of Piney Grove Advent Christian Church in Delco, North Carolina. You can contact him at marmsky@gmail.com -- !
View all posts by Jefferson Vann →
This entry was posted in gospel and tagged Acts 10. Bookmark the permalink.