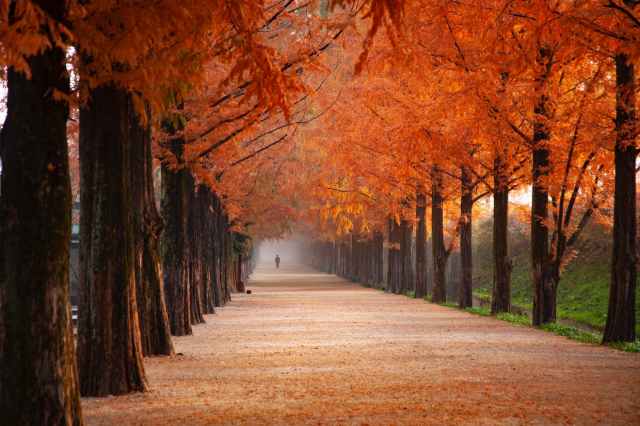 Acts 9:1 Now Saul was still breathing threats and murder against the disciples of the Lord. He went to the high priest
Acts 9:2 and requested letters from him to the synagogues in Damascus, so that if he found any men or women who belonged to the Way, he might bring them tied up to Jerusalem.
Acts 9:3 As he traveled and was nearing Damascus, a light from the sky suddenly flashed around him.
Acts 9:4 Falling to the ground, he heard a voice saying to him, “Saul, Saul, why are you chasing me?”
Acts 9:5 “Who are you, Lord?” Saul said. “I am Jesus, the one you are chasing,” he replied.
Acts 9:6 “But get up and go into the city, and you will be told what you must do.”
Acts 9:7 The men who were traveling with him stood speechless, hearing the sound but observing no one.
Acts 9:8 Saul was raised up from the ground, and though his eyes were open, he could see nothing. So they took him by the hand and led him into Damascus.
Acts 9:9 He was unable to see for three days and did not eat or drink.
Acts 9:10 There was a disciple in Damascus named Ananias, and the Lord said to him in a vision, “Ananias.” “Notice I am here, Lord,” he replied.
Acts 9:11 “Get up and go to the street called Straight,” the Lord said to him, “to the house of Judas, and ask for a man from Tarsus named Saul, since he is praying there.
Acts 9:12 In a vision he has seen a man named Ananias coming in and placing his hands on him so that he may regain his sight.”
Acts 9:13 “Lord,” Ananias reacted, “I have heard from many people about this man, how much harm he has done to your devotees in Jerusalem.
Acts 9:14 And he has jurisdiction here from the chief priests to tie up all who call on your name.”
Acts 9:15 But the Lord said to him, “Go, because this man is my chosen instrument to take my name to Gentiles, kings, and Israelites.
Acts 9:16 I will show him how much he must endure for my name.”
Acts 9:17 Ananias went and entered the house. He placed his hands on him and said, “Brother Saul, the Lord Jesus, who appeared to you on the road you were traveling, has sent me so that you may regain your sight and be filled with the Sacred Breath.”
Acts 9:18 At once something like scales fell from his eyes, and he regained his sight. Then he got up and he was baptized.

Would you be willing to spend three days in prayer to be a life-changing missionary like Paul? Even after his conversion experience on the Damascus road, Saul was not ready. He needed those three days of prayer and dependence. He needed the intervention of another missionary — Ananias — who was willing to go when and where God said go. He needed to be baptized as a Christian before he was ready to win others for Christ.

Lord, we want you to transform us from breathing out murder to breathing in your Holy Spirit.

What would you endure if you knew it was preparing you for a mission? (video)

Jefferson Vann is pastor of Piney Grove Advent Christian Church in Delco, North Carolina. You can contact him at marmsky@gmail.com -- !
View all posts by Jefferson Vann →
This entry was posted in baptism, commitment, Holy Spirit, missions, prayer, preparation and tagged Acts 9. Bookmark the permalink.