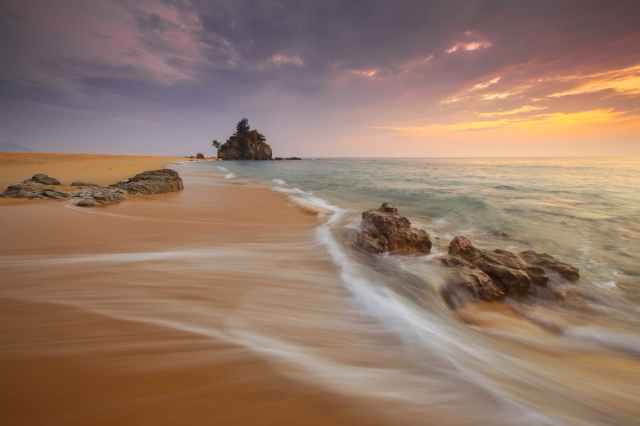 Photo by Zukiman Mohamad on Pexels.com

Deuteronomy 33:18 He said about Zebulun: Enjoy, Zebulun, your journeys, and Issachar, your tents.
Deuteronomy 33:19 They summon the peoples to a mountain; there they offer acceptable sacrifices, because they draw from the wealth of the seas and the hidden treasures of the sand.
Deuteronomy 33:20 He said about Gad: The one who enlarges Gad’s territory will be empowered. He lies down like a lion and tears off an arm or even a head.
Deuteronomy 33:21 He chose the first for himself, because a ruler’s portion was assigned there for him. He came with the leaders of the people; he carried out Yahveh’s justice and his rules for Israel.

Zebulun and Issachar were apportioned an area that overlays the land that in New Testament times was called Galilee, which would suggest that one of the hidden treasures of which Moses spoke would be Christ himself. He was the acceptable sacrifice, or sacrifice of righteousness. For centuries, many had little respect for this remote land. But God had hidden a surprise for us all there.

Lord, thank you for the Treasure you hid for us in the remote land of Galilee.

Jefferson Vann is pastor of Piney Grove Advent Christian Church in Delco, North Carolina. You can contact him at marmsky@gmail.com -- !
View all posts by Jefferson Vann →
This entry was posted in Jesus Christ, Moses, Uncategorized and tagged Deuteronomy 33. Bookmark the permalink.