Photo by Francesco Ungaro on Pexels.com

Jeremiah 1:1 The words of Jeremiah, the son of Hilkiah, from the priests who were in Anathoth in the territory of Benjamin.
Jeremiah 1:2 The word of Yahveh came to him in the thirteenth year of the reign of Josiah son of Amon, king of Judah.
Jeremiah 1:3 It also came throughout the days of Jehoiakim son of Josiah, king of Judah, until the fifth month of the eleventh year of Zedekiah son of Josiah, king of Judah, when the people of Jerusalem went into exile.
Jeremiah 1:4 The word of Yahveh came to me:
Jeremiah 1:5 I chose you before I formed you in the womb; I committed you before you were born. I appointed you a prophet to the nations.
Jeremiah 1:6 But I protested, “Oh no, Lord Yahveh! Notice, I don’t know how to speak since I am only a youth.”
Jeremiah 1:7 Then Yahveh said to me: Do not say, “I am only a youth,” because you will go to everyone I send you to and speak whatever I tell you.
Jeremiah 1:8 Do not be afraid of anyone, because I will be with you to rescue you. This is Yahveh’s declaration.
Jeremiah 1:9 Then Yahveh reached out his hand, touched my mouth, and told me: notice, I have now filled your mouth with my words.
Jeremiah 1:10 See, I have appointed you today over nations and kingdoms to uproot and break up, to destroy and demolish, to build and plant.
Jeremiah 1:11 Then the word of Yahveh came to me, asking, “What do you see, Jeremiah?” I replied, “I see a branch of a shaked – an almond tree.”
Jeremiah 1:12 Yahveh said to me, “You have seen correctly, I shakad—watch over my word to accomplish it.”
Jeremiah 1:13 Again the word of Yahveh came to me asking, “What do you see?” And I replied, “I see a boiling pot, its lip tilted from the north to the south.”
Jeremiah 1:14 Then Yahveh said to me, “Disaster will be poured out from the north on all who live in the land.
Jeremiah 1:15 Notice, I am about to summon all the clans and kingdoms of the north.” This is Yahveh’s declaration. They will come, and each king will set up his throne at the entrance to Jerusalem’s gates. They will attack all her surrounding walls and all the other cities of Judah.
Jeremiah 1:16 “I will pronounce my judgments against them for all the evil they did when they abandoned me to burn incense to other gods and to worship the works of their own hands.
Jeremiah 1:17 “Now, get ready. Stand up and tell them everything that I command you. Do not be intimidated by them or I will cause you to cower before them.
Jeremiah 1:18 Notice, now, I am the one who has made you a fortified city, an iron pillar, and bronze walls against the whole land– against the kings of Judah, its officials, its priests, and the population.
Jeremiah 1:19 They will fight against you but never prevail over you, since I am with you to rescue you.” This is Yahveh’s declaration.

Jeremiah had a tough go at being God’s servant. We can already see that he was going to have a life like that by looking at this commissioning event. God basically tells him that his role is to be against his own people, because God was going to bring calamity on them. He was not even allowed to be apologetic. God told him to stand up and fight — not the enemies abroad, but the leaders of his own people, some of whom were his friends. Who wants a commission like that?

Jeremiah struggled with that commission. Being obedient to God’s call made him undesirable, and brought him close to death numerous times. His words now speak to us, because we are also often asked by our Lord to stand up against apostasy and organized wrong among our own people.

Lord, give us the courage to speak up for you, even when our own friends and leaders are the targets of your condemnation. 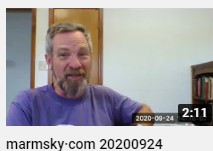 Jefferson Vann is pastor of Piney Grove Advent Christian Church in Delco, North Carolina. You can contact him at marmsky@gmail.com -- !
View all posts by Jefferson Vann →
This entry was posted in discernment, discipleship, obedience, prophecy and tagged Jeremiah 1. Bookmark the permalink.