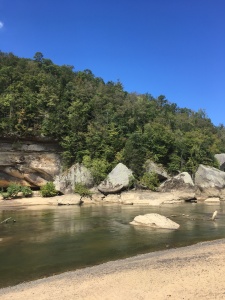 Num 27:1 Then the daughters of Zelophehad the son of Hepher came near, Zelophehad was a son of Gilead, son of Machir, son of Manasseh, from the clans of Manasseh the son of Joseph. The names of his daughters were: Mahlah, Noah, Hoglah, Milcah, and Tirzah.
Num 27:2 And they stood in the sight of Moses and in the sight of Eleazar the priest and in the sight of the leaders and all the congregation, at the entrance of the conference tent, and this is what they said,
Num 27:3 “Our father died in the desert. He was not among the collection of those who collected themselves together against Yahveh in the collection of Korah, but died for his own mistake. And he had no sons.
Num 27:4 Why should the name of our father be taken away from his clan because he had no son? Give to us a possession among our father’s brothers.”
Num 27:5 Moses brought their case in the sight of Yahveh.
Num 27:6 And Yahveh said to Moses,
Num 27:7 “The daughters of Zelophehad are right. You will give them possession of an inheritance among their father’s brothers and transfer the inheritance of their father to them.
Num 27:8 And you will speak to the people of Israel, and this is what he you will say, ‘If a man dies and has no son, then you will transfer his inheritance to his daughter.
Num 27:9 And if he has no daughter, then you will give his inheritance to his brothers.
Num 27:10 And if he has no brothers, then you will give his inheritance to his father’s brothers.
Num 27:11 And if his father has no brothers, then you will give his inheritance to the nearest kinsman of his clan, and he will possess it. And it will be for the people of Israel a prescription and rule, as Yahveh commanded Moses.'”

Zelophehad’s daughters had a legitimate complaint against the system because it was not treating them fairly, nor acknowledging their father’s legitimate right to an inheritance.

Was this a surprise to God? No, he intended all along to correct this injustice. If the daughters of Zelophehad had not spoken up, someone else would have done so later.

God is a God of justice, and he wants to correct the evils of this world — not just in eternity, but right now. If there is an injustice, an inequality, an unfairness, he wants us to stand up for those who are being wronged.

LORD, give us the courage to appeal for fairness and correct inequality.

Jefferson Vann is pastor of Piney Grove Advent Christian Church in Delco, North Carolina. You can contact him at marmsky@gmail.com -- !
View all posts by Jefferson Vann →
This entry was posted in equality, justice and tagged Numbers 27. Bookmark the permalink.