WE CAN TRUST WHAT JESUS HAS SAID 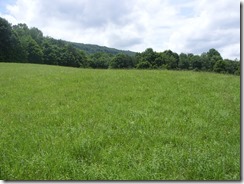 14 “But when you see the desolating detestable thing set up where it ought not to be (let the reader think about this), then those in Judea must escape to the mountains; 15 someone on the housetop must not even go down or enter the house to take anything out; 16 someone in the field must not even turn back to get a coat. 17 Tragedy will visit those who are pregnant and to those who are nursing infants in those days! 18 Pray that it may not happen during the storm season. 19 Because in those days there will be suffering, such as has not been experienced from the beginning of the creation that God created until now, no, and never will happen again. 20 And if the Lord had not shortened those days, no one would be rescued; but for the sake of the chosen ones,[1] whom he chose, he has shortened those days.

The eschatological discourse that extends through this whole chapter deals with the entire period between Christ’s ascension and his return, and explains what the whole planet is going to experience. But Jesus has not forgotten the original context of the discourse. He had told his disciples that Herod’s magnificent temple area would be utterly demolished. The disciples were obviously curious as to when this local event would happen, and whether they would live to see it.

Some of them would. The Roman siege and attack that led to the destruction of the temple started in 66AD, and the temple was demolished in 70 AD. The terrible suffering that put the chosen ones (Jews) at risk of genocide happened within one generation of its prediction. There is nothing in this section that ever needs to happen again. It is a fulfilled prophecy. It is evidence that we can trust his words.

LORD, thank you for being faithful to your words.

Jefferson Vann is a former Christian missionary and a candidate for pastoral ministry. You can contact him at marmsky@gmail.com -- !
View all posts by Jefferson Vann →
This entry was posted in discernment, guidance, Jesus Christ, scriptures, second coming and tagged Mark 13. Bookmark the permalink.