his commission of the workers in Galilee 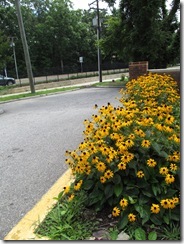 37 Then he said to his disciples, “The harvest is plentiful, but those working at it are few;

38 therefore pray for the Lord of the harvest to send out more workers into his harvest.”

10:1 Then he called to him his twelve disciples and gave them the right to cast out unclean spirits, and to the right to heal every illness and every injury.

2 The names of the twelve apostles are these: first, Simon, who is called Peter, and Andrew his brother; James the son of Zebedee, and John his brother;

3 Philip and Bartholomew; Thomas and Matthew (who had been a tax collector); James the son of Alphaeus, and Thaddaeus;

his commission of the workers in Galilee

Next, as Lord of the harvest, he chose his workers – the twelve whom he had been training. He sent them out to tell all the Galileans that the kingdom from the sky had approached, and that its king was here. Their evidence: deliverance from demons and healing.

All Jesus asked the larger group of disciples to do was pray.

· He and John the Baptist had planted the seed.

· He had trained the harvesters.

· He authorized them to deliver and heal.

Jefferson Vann is a minister of the gospel of Jesus Christ. You can contact him at marmsky@gmail.com -- !
View all posts by Jefferson Vann →
This entry was posted in evangelism, gospel, missions, prayer and tagged Matthew 10, Matthew 9. Bookmark the permalink.