why we don’t ask 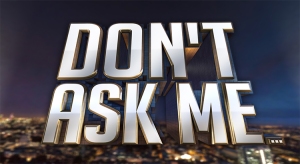 17 That’s why they said to the blind man again, “What do you say about him, since he opened your eyes? ” But he said “He’s a prophet.” 18 The Jews did not believe this about him — that he was blind and received sight — until they summoned the parents of the one who had received his sight. 19 They asked them, “Is this person your son, the one you say was born blind? How is it that he now sees? ” 20 That was why his parents answered, “We know this person is our son and that he was born blind, 21 But we don’t know how he now sees, and we don’t know who opened his eyes. Ask him; he has reached maturity. He will speak for himself.” 22 His parents said these things because they were afraid of the Jews, since the Jews had already agreed that if anyone confessed him as the Messiah, he would be expelled from the synagogue. 23 This is why his parents said, “He has reached maturity; ask him.”

why we don’t ask

When the Lord does a work in a person’s life, others will recognize that work. But society will pressure them to deny the author of that work. The person might even be praised for his new-found self control, consideration of others, or insight. But few will dare infer from this changed character that Jesus is the one who did the changing. Like this man’s parents, so many will jump to any conclusion than the most obvious one. In today’s text, it was fear of reprisal from the authorities which kept those parents from testifying the truth. Sometimes it is simply peer pressure.

At any rate, it is best to follow their advise any way. The best person to ask about why he is being sanctified is the person himself. But even he may not have a satisfactory answer.

Lord, work your mysterious work among us, and give us an answer for those who ask why.

Jefferson Vann is pastor of Piney Grove Advent Christian Church in Delco, North Carolina. You can contact him at marmsky@gmail.com -- !
View all posts by Jefferson Vann →
This entry was posted in sanctification and tagged John 9. Bookmark the permalink.