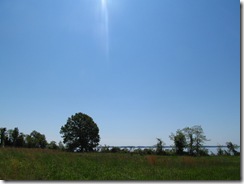 1 Oy! Those who decree troublesome decrees, and writers of harmful writings, 2 to keep weak people away from taking legal action, and to steal the justice from the poor of my people, to make widows their spoil; also they plunder orphans. 3 And what will you do on punishment day, and at destruction time? It is coming from a distance! To whom will you run for help, and where will you leave your wealth, 4 so as not to crouch among the prisoners or fall among the slain? In all of this his anger has not turned away, and his hand is still stretched out.

Isaiah had a corrupt congress to deal with. Wealthy crooks were using the legal system to keep the weak from taking legal action against their oppressors, and using it to line their own pockets at the same time. What could the prophet say about this system of unjust justice? He said that the Yahveh of armies was sending his judgment from a distance. These wealthy lawmakers who abused their power would find themselves as powerless prisoners of an invading force, or corpses. They were supposed to have been people the weak and powerless could go to for help. Since they were not, they will not find anyone to help them when destruction time comes. The invaders would not be stopped by words on a page.

LORD, make us people of integrity, and guide us by just laws, which protect the weak from the strong.

Jefferson Vann is pastor of Piney Grove Advent Christian Church in Delco, North Carolina. You can contact him at marmsky@gmail.com -- !
View all posts by Jefferson Vann →
This entry was posted in integrity, law, partiality and tagged Isaiah 10. Bookmark the permalink.