Posted on February 6, 2022 by Jefferson Vann 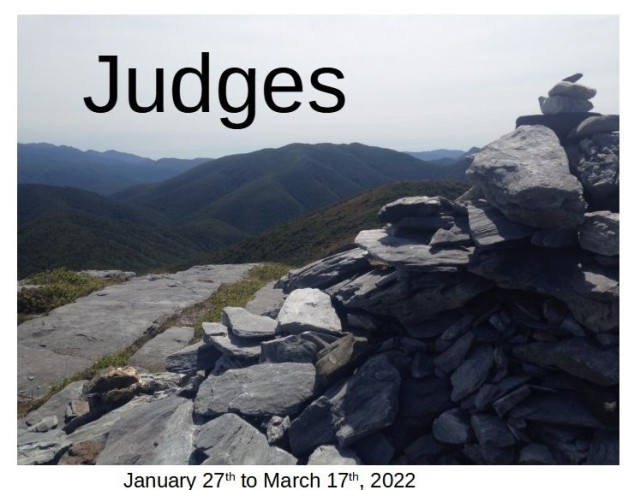 Judges 4:1 The Israelites added to the wrong they did in the eyes of Yahveh after Ehud had died.
Judges 4:2 So Yahveh sold them to King Jabin of Canaan, who reigned in Hazor. The commander of his army was Sisera who lived in Harosheth of the Nations.
Judges 4:3 Then the Israelites cried out to Yahveh, because Jabin had nine hundred iron chariots, and he harshly oppressed them twenty years.
Judges 4:4 Deborah, a prophetess and the wife of Lappidoth, was judging Israel at that time.
Judges 4:5 She would sit under the palm tree of Deborah between Ramah and Bethel in the hill country of Ephraim, and the Israelites were going up to her to settle disputes.
Judges 4:6 She called on Barak son of Abinoam from Kedesh in Naphtali and said to him, “Hasn’t Yahveh, the God of Israel, commanded you: ‘Go, deploy the troops on Mount Tabor, and take with you ten thousand men from the Naphtalites and Zebulunites?
Judges 4:7 Then I will lure Sisera commander of Jabin’s army, his chariots, and his infantry at the Wadi Kishon to fight against you, and I will hand him over to you.'”
Judges 4:8 Barak said to her, “If you will go with me, I will go. But if you will not go with me, I will not go.”
Judges 4:9 “I will gladly go with you,” she said, “but you will receive no honor on the road you are about to take, because Yahveh will sell Sisera to a woman.” So Deborah got up and went with Barak to Kedesh.
Judges 4:10 Barak called Zebulun and Naphtali to arms at Kedesh; ten thousand men followed him, and Deborah also went with him.

Some might criticize Barak for only agreeing to go into battle if Debrorah goes with him. Not me. I see it as a very wise decision. Barak knew that God blesses those who follow his will, and Deborah knew what God wanted.

It was a wise decision because getting victory with someone else’s help is way better that being defeated all by your own lonesome. Barak had the wisdom to look beyond appearances and trust God for victory, even if God wants to use a woman to achieve that victory.

Who are you discounting in your plans to do God’s will. It just might be that person God wants to help you succeed.

LORD, give us the wisdom to accept your plans, even when we don’t understand them.

Jefferson Vann is pastor of Piney Grove Advent Christian Church in Delco, North Carolina. You can contact him at marmsky@gmail.com -- !
View all posts by Jefferson Vann →
This entry was posted in cooperation, will of God, wisdom and tagged Judges 4. Bookmark the permalink.