Posted on September 2, 2020 by Jefferson Vann 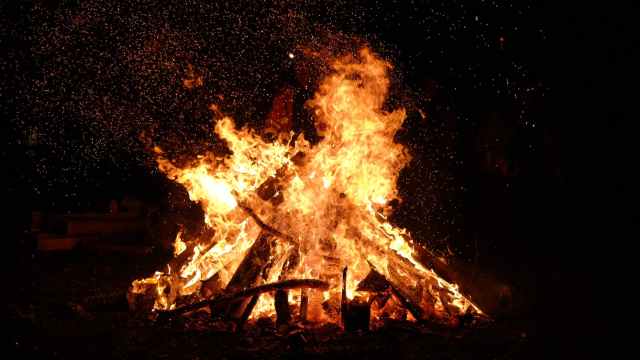 Photo by Jens Mahnke on Pexels.com

Acts 19:8 Paul entered the synagogue and spoke openly over a period of three months, making speeches and persuading them about the kingdom of God.
Acts 19:9 But when some became hardened and would not believe, slandering the Way in front of the crowd, he withdrew from them, taking the disciples, and making speeches every day in the lecture hall of Tyrannus.
Acts 19:10 This went on for two years, so that all the residents of Asia, both Jews and Greeks, heard the word of the Lord.
Acts 19:11 God was performing extraordinary miracles by Paul’s hands,
Acts 19:12 so that even facecloths or aprons that had touched his skin were brought to the sick, and the diseases left them, and the evil breaths came out of them.
Acts 19:13 Now some of the itinerant Jewish exorcists also attempted to pronounce the name of the Lord Jesus over those who had evil breaths, saying, “I command you by the Jesus that Paul preaches!”
Acts 19:14 Seven sons of Sceva, a Jewish high priest, were doing this.
Acts 19:15 The evil breath reacted to them, “I know Jesus, and I recognize Paul – but who are you?”
Acts 19:16 Then the man who had the evil breath jumped on them, overpowered them all, and outstrengthened them, so that they ran out of that house naked and wounded.
Acts 19:17 When this became known to everyone who resided in Ephesus, both Jews and Greeks, fear fell on all of them, and the name of the Lord Jesus was held in high esteem.
Acts 19:18 And many who had become believers came confessing and disclosing their practices,
Acts 19:19 while many of those who had practiced magic collected their books and burned them in front of everyone. So they calculated their value and found it to be fifty thousand silver coins.
Acts 19:20 In this way the word of the Lord flourished and prevailed.
Acts 19:21 After these events, Paul resolved by the Breath to pass through Macedonia and Achaia and go to Jerusalem. “After I’ve been there,” he said, “It is necessary for me to see Rome as well.”
Acts 19:22 After sending to Macedonia two of those who assisted him, Timothy and Erastus, he himself stayed in Asia for a while.

Another long term ministry is described here. Its results were that the word of the Lord flourished and prevailed. It flourished in that it both took root in people’s hearts, and produced fruit in the form of healthy disciples. It prevailed in the sense that its opponents (for example, the seven sons of Sceva) were shone to be impostors, without the power to heal or deliver from demons. The bonfire of the vanities that took place at Ephesus was a public demonstration of the victory of the gospel over the superstition that had prevailed before the gospel came.

Lord, we welcome the conflict that will come when we dare proclaim your truth, because it must prevail.

Jefferson Vann is pastor of Piney Grove Advent Christian Church in Delco, North Carolina. You can contact him at marmsky@gmail.com -- !
View all posts by Jefferson Vann →
This entry was posted in conflict, ministry, spiritual warfare and tagged Acts 19. Bookmark the permalink.

2 Responses to public demonstration of the victory