where he is from 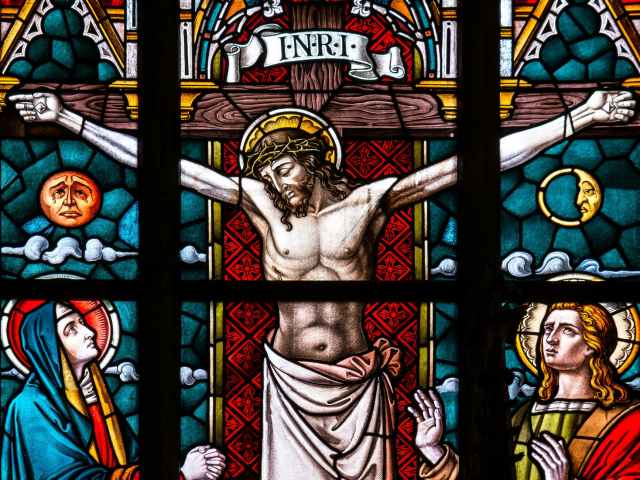 John 19:6 When the chief priests and the temple officers saw him, they shouted, “Crucify! Crucify!” Pilate responded, “Take him and crucify him yourselves, since I find no grounds for charging him.”

John 19:7 “We have a law,” the Jews replied to him, “and according to that law he ought to die, because he made himself a Son of God.”

John 19:8 When Pilate heard this statement, he was more afraid than ever.

John 19:9 He went back into the headquarters and asked Jesus, “Where are you from?” But Jesus did not give him an answer.

where he is from

The psalmist says that the law of the Lord is perfect1 and it is. But even God’s perfect law can become a tool for evil. Even the good things that we seek to do can be tarnished by our bad motives. Jesus came to fulfill God’s righteous law, and he went to the cross partly because his people used that very law against him. If Jesus were not who he said he was it would have been appropriate to condemn him for claiming to be the Son of God. Pilate recognizes this, so he goes back to Jesus with the question of his origin. We need only settle that question, and then all the rest will fall in place.

Lord, we confess that you came from heaven. We believe and trust that you are the Son of God.

Jefferson Vann is a former Christian missionary and a candidate for pastoral ministry. You can contact him at marmsky@gmail.com -- !
View all posts by Jefferson Vann →
This entry was posted in Jesus Christ and tagged John 19. Bookmark the permalink.