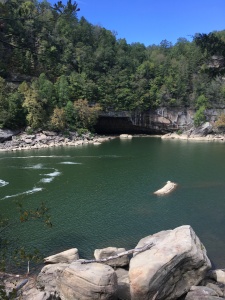 Num 23:13 Then Balak said to him, “Please come with me to another place, from which you may see them. You will see only a fraction of them and will not see them all. Then curse them for me from there.”
Num 23:14 And he took him to the field of Zophim, to the top of Pisgah, and built seven altars and offered a bull and a ram on each altar.
Num 23:15 Balaam said to Balak, “Stand here beside your ascending offering, while I meet Yahveh over there.”
Num 23:16 And Yahveh met Balaam and put a word in his mouth and said, “Return to Balak, and thus will you speak.”
Num 23:17 And he came to him, and notice, he was standing beside his ascending offering, and the princes of Moab with him. And Balak said to him, “What has Yahveh spoken?”
Num 23:18 And Balaam took up his chant and said, “Rise, Balak, and listen; give ear to me, O son of Zippor:
Num 23:19 God is not human, that he should lie, or a son of a human, that he should change his mind. Has he said, and will he not do it? Or has he spoken, and will he not fulfill it?
Num 23:20 notice, I received a command to bless: he has blessed, and I cannot revoke it.
Num 23:21 He has not envisioned misfortune in Jacob, nor has he seen trouble in Israel. Yahveh their God is with them, and the shout of a king is among them.
Num 23:22 God brings them out of Egypt and is for them like the horns of the wild ox.
Num 23:23 Because there is no magic that would work against Jacob, no divination against Israel; now it will be said of Jacob and Israel, ‘Look what God has done!’
Num 23:24 notice, a people! As a lioness it rises up and as a lion it lifts itself; it does not lie down until it has devoured the prey and drunk the blood of the slain.”
Num 23:25 And Balak said to Balaam, “Do not curse them at all, and do not bless them at all.”
Num 23:26 But Balaam answered Balak, “Did I not tell you, ‘All that Yahveh says, that I must do’?”

The demons who pretend to be the gods of the nations are capricious, and that is the kind of god that Balak was used to manipulating for his own purposes. But Balaam has heard from Yahveh, and knows that he cannot be manipulated by humanity. He is sovereign, and once he chooses to bless a people, he will not allow anyone else to curse them. He intends Israel to display his power and demonstrate his grace.

That is what God intends for us too. It may take a while for the circumstances of life to catch up with God’s purpose, but eventually they will. Stay true to him. Some day the world will look at us, and say “Look what God has done!”

LORD, help us to believe in our destiny, something you have promised, and you will accomplish.

Jefferson Vann is pastor of Piney Grove Advent Christian Church in Delco, North Carolina. You can contact him at marmsky@gmail.com -- !
View all posts by Jefferson Vann →
This entry was posted in animism, future, will of God and tagged Numbers 23. Bookmark the permalink.