really the Son of God

WHO DO YOU SEE ON THAT CROSS? 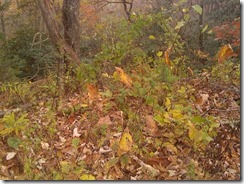 37 Then Jesus let out a loud cry and breathed his last. 38 And the curtain of the temple was torn in two, from top to bottom. 39 And after the centurion, who stood facing him, saw that in this way he breathed his last, he said, “This man was really the Son of God!”

really the Son of God

God had one created son. His name was Adam. God has many adopted children: believers in every age who trust in him for salvation. But God has always had only one unique only begotten Son: Jesus Christ. He was not created. He pre-existed his Sonship. He was in the conversation at creation when someone said “Let us make man in our image.”[1] He became the Son when someone said “You are my Son, today I have begotten you.”[2] He shared the glory of his Father before the world existed.[3]

Maybe the centurion recognized this. Maybe he just realized that Jesus’ death was no ordinary death. But – like him – each of us has to come to grips with the reality of who Jesus really is. Someday we all will, because he is literally coming back again to this earth. There will be no theological arguments then. But it will not take much wisdom to submit to a conquering Lord. The wisdom is revealed in us today, if – like the centurion – we choose to see Christ’s eternal Sonship in his death on the cross.

LORD, we confess that you are really the Son of God.

Jefferson Vann is a former Christian missionary and a candidate for pastoral ministry. You can contact him at marmsky@gmail.com -- !
View all posts by Jefferson Vann →
This entry was posted in Jesus Christ, the cross and tagged Mark 15. Bookmark the permalink.