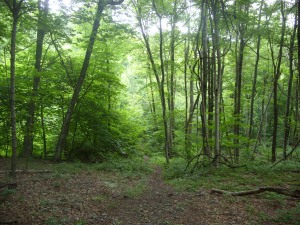 32 They went to a place which was named Gethsemane; and he said to his disciples, “Sit here until I finish praying.” 33 He took with him Peter and James and John, and began to be distressed and restless. 34 And he said to them, “I am deeply grieved, even to death; remain here, and keep wide awake.” 35 And going on a bit farther, he threw himself on the ground and prayed that, if it were possible, the hour might pass from him. 36 He said, “Abba, Father, all things are possible for you; remove this cup from me; yet, not what I want, but what you want.”

The cross was the perfect expression of divine love – a holy God sending his sinless Son to suffer and die to redeem a sinful humanity. Jesus knew exactly what he was about to do, and what it would entail. That knowledge made his time alone with his Father an unwelcome ordeal. Instead of bringing him comfort and peace, he was being tormented by the truth of what lay before him. His hour was coming, and it was to be an unwelcome event.

There will be times when the last thing we will want to do is pray. Our pain will be so real, and our sense of insufficiency and loneliness so acute that we will feel separated from our Father, and praying will only seem to deepen the hurt. In such times we should take the example from Jesus and pray anyway. We need his presence in the unwelcome hours. We need to affirm the truth and what he wants. We need him.

LORD, give us the courage to draw near to you, even when it hurts to do so.

Jefferson Vann is a former Christian missionary and a candidate for pastoral ministry. You can contact him at marmsky@gmail.com -- !
View all posts by Jefferson Vann →
This entry was posted in Jesus Christ, prayer and tagged Mark 14. Bookmark the permalink.