only those who love the Father 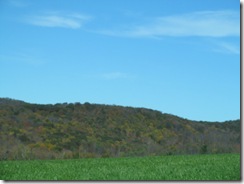 6 When he caught up with them, he said these words to them.

7 They answered him, “Why does my master speak such words as these? Far be it from your servants to do such a thing!

8 See, the money that we found in the mouths of our sacks we brought back to you from the land of Canaan. How then could we steal silver or gold from your master’s house?

9 Whoever of your servants is found with it will die, and we also will be my master’s servants.”

10 He said, “It will be as you say: he who is found with it will be my servant, and the rest of you will be innocent.”

11 Then each man quickly lowered his sack to the ground, and each man opened his sack.

12 And he searched, beginning with the oldest and ending with the youngest. And the cup was found in Benjamin’s sack.

13 Then they tore their clothes, and every man loaded his donkey, and they returned to the city.

14 When Judah and his brothers came to Joseph’s house, he was still there. They fell before him to the ground.

15 Joseph said to them, “What deed is this that you have done? Do you not know that a man like me can indeed practice divination?”

16 And Judah said, “What will we say to my lord? What will we speak? Or how can we clear ourselves? God has discovered the guilt of your servants; see, we are my master’s servants, both we and he also in whose hand the cup has been found.”

17 But he said, “Far be it from me that I should do so! Only the man in whose hand the cup was found will be my servant. But as for you, go up in peace to your father.”

18 Then Judah went up to him and said, “O my master, please let your servant speak a word in my lord’s ears, and let not your anger burn against your servant, for you are like Pharaoh himself.

only those who love the Father

These words reveal the heart of an intercessor. Judah knew the heartache of his own unworthiness, and that of his brothers. He recognized the hand of God in their troubles, but he also knew that Benjamin did not deserve to suffer because of them. Such is the case for many people that we will encounter. They will be the victims of other people’s sin and neglect – sometimes even our own. Indeed, everyone caught in trouble is – in a sense – a victim of his ancestors’ rebellion. That does not excuse willful sin, but it does explain the bondage people get into because of sin.

But there is another lesson about intercession here. Judah and his brother could not go back to their father without rescuing their brother. They knew that to do so would break their father’s heart. This is the key to a ministry of intercessory prayer. We come between our hurting brother and the source of his trouble because of the compassionate heart of our mutual Father. Only those who love the Father can intercede like this.

LORD, draw us so close to you and your heart that we cannot help but intercede for the others that you love.

Jefferson Vann is a former Christian missionary and a candidate for pastoral ministry. You can contact him at marmsky@gmail.com -- !
View all posts by Jefferson Vann →
This entry was posted in compassion, depravity, Judah, prayer and tagged Genesis 44. Bookmark the permalink.